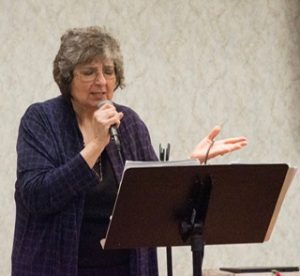 Noreen Inglesi, composer, vocalist and poet, just recently retired as a public school music teacher for the Town of North Providence where she was nominated for Teacher of the Year in 2003 and 2008. Noreen, who was also a member of the adjunct faculty for the Community College of Rhode Island for a number of years, is Artist in Residence for Notable Works Publication and Distribution Co., Inc. She received her Master’s Degree in Music Education and Composition at the University of Rhode Island.  As a composer her commissions include two film projects with RI filmmaker Carla Ricci, the American Band, the Insight Quartet in Italy, the Culver Chamber Music Series in Los Angeles, CA, and the Colonial Theatre in Westerly, RI. Her music was also featured at Waterfire Providence and the State Ballet of Rhode Island. Noreen was awarded two project grants by the Rhode Island State Council on the Arts focusing on Rhode Island’s natural environment. Her poetry has been published by Notable Works Publication, Crosswinds Poetry Journal and the Poetry Loft and her music has been recorded and released with the Contemporary Record Society, Andreu Marc Publications, The Music Library, Platinum Records and Notable Works Publication and Distribution Co., Inc. 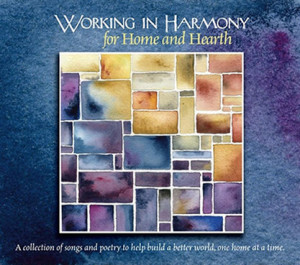 Composer’s Notes about the Audio Samples:

“Duo for Flute and Harp” was written by Noreen Inglesi in the winter of 1997 and is indeed a musical testament to the composer’s deep appreciation for our natural environment. This piece, scored for flute and harp, was inspired by a nature walk through the woods in Charlestown, RI just after a small snow storm. The lyrical melody in flute is meant to depict a robin gliding from one snow speckled branch to the next, seemingly frolicking in the shimmering sunlight. The exuberance of the moment is expressed musically with the flowing melody of the flute played against the underlying arpeggio chords and glissando of the harp. The piece reaches its climax when the harp takes the melody over from the flute and culminates with a flute cadenza in the coda. “Duo for Flute and Harp” was selected by the Contemporary Record Society for their CD compilation called “Contemporary American Composers” which was recorded and released in December, 2002. The recording featured Angela Mullins, Flute and Su-ting Hsu, Harp. This piece was also signed for publication by Platinum Records in 2010. Just a side note “Duo For Flute and Harp” is really entitled “Duet for Flute and Harp” (the Contemporary Record Society renamed it when they published on their Contemporary American Composers CD.

Duo for Flute and Harp by Noreen Inglesi

“Dance of the Firefly” by Noreen Inglesi is a vivacious contrapuntal piece scored for string trio: violin, viola and cello. The unifying element of this piece, which was composed in June 1996, is its vibrant motor rhythms which are passed from one instrument to the next as the piece unfolds. “Dance of the Firefly” was inspired by the composer’s sighting of fireflies dancing among the bushes on a beautiful warm summer evening in Charlestown, RI. Noreen, who has an avid love for our natural environment, was fascinated by the flickering of the fireflies first one by one until climatically they appeared to be flickering together in a triumphant serenade which illuminated the night. This symphony of light against the backdrop of the darkening twilight of the evening eventually gently faded away into the soft summer night. The composer depicts this moving experience in the music with her use of a reoccurring theme accentuated by a steady motor rhythm and a gradual build up of texture. The flickering of the fireflies against the backdrop of the night sky can be felt by the listener in the intense and sometimes uneven rhythm of the music. The coda which gradually gets softer and fades away depicts the dramatic exit of the fireflies into the night. This piece was first performed by fellow students at the composer’s graduate composition recital at the University of Rhode Island on Saturday, April 13, 1997 and was later selected for performance for the Spring 1998 Season of the Culver Chamber Music Series in Culver City, CA. The performance featured violinist Yi-Huan Zhao, violist Richard O’Neill and cellist Yue Tang. On October 29, 2006 “Dance of the Firefly” was recorded on compact disc at Celebration Sound Recording Studio in Warren, RI with violinist John Demspey, violist Consuela Sherba and cellist Dan Harp. This recording was aired on June 13, 2009 at Providence Waterfire sponsored by the US Conference of Mayors and Waste Management. Recently, Noreen’s string trio “Dance of the Firefly” was performed live on the outdoor stage at The State Ballet of Rhode Island’s 10th Annual Partner with the Arts event in Lincoln, RI. Noreen’s musical score came to life through a ballet created by State Ballet of Rhode Island’s Resident Choreographer Shana Fox Marceau. This performance was sponsored by Notable Works, and featured Ann Danis (Violin), Cheri Markward (Viola), and Susan Robison (Cello). Featured dancers from The State Ballet of RI were Principal Dancers, Kimberly Najjar of Cumberland and Melissa Sorkin of Lincoln, and Soloists, Elise Costello of Providence and Emily O’Heir of N. Attleboro, MA. Costumes for this performance were designed and rendered by Sheila Burgess of Cumberland. ‘Dance of the Firefly’ was voted Motif Magazine’s ‘Best Dance Production’ of 2013 and will be featured once again at the State Ballet’s event this spring entitled “Cowboys, Cadets and Collaborative Works” which will take place at Robert’s Auditorium at Rhode Island College on Friday, March 21, 2014 at 10 AM and 7:30 PM and Saturday, March 22, 2014 at 2 PM. This event will also feature a ballet world premiere “Heghnar and Buck” choreographed by Ana Marsden Fox and music by Noreen Inglesi. Tickets may be purchased by contacting Ana at the State Ballet of Rhode Island at 401-334-2560 or by visiting www.stateballet.com.

Dance of the Firefly by Noreen Inglesi

“Somalia” by Noreen Inglesi was inspired by the 1993 United Nations’ rescue mission to Somalia and is arranged for soprano, alto, cello, and piano. This piece was selected for performance by the Music Educators National Conference in Cincinnati, Ohio where it received an award for excellence. Somalia has been performed throughout the local area by Double Helix: Tina Bernard, soprano; Noreen Inglesi, alto; Maria Bilyeu, cello and Alison Shea, piano.

“Quicksand Pond Preserve” was written as part of the composer’s project entitled Beyond 2000: The Future of Our Planet. This compact disc is a collection of poetry and music, which Notable Works’ Artist in Residence Noreen Inglesi created as part of a project partially funded by the Rhode Island State Council of the Arts. Some of the pieces created as part of this project were premiered by the musical ensemble “Double Helix” at a fundraising event at Rosecliff Mansion sponsored by the Nature Conservancy and the Aquidneck Island Land Trust. Each of the nine pieces in this collection highlight the efforts of the Nature Conservancy to preserve our state’s natural treasures. This project was completed with the help of the dedicated staff at our local Nature Conservancy, who donated their time to give personal tours of Block Island and their preserves throughout the state. The Conservancy’s professionals such as scientist Jane Jackson shared their knowledge and were key in each of the pieces created as part of this project. For example, the fifth piece in this collection was inspired by Jane’s guided tour of the Matunuck Hills Preserve, where one can be enraptured by forsythia in early bloom glistening atop an ice-capped kettle pond tucked safely away in Matunuck Hills. The third piece in this collection entitled “Goosewing Beach Preserve” was inspired by a tour of that preserve where one could experience first hand a tern carving its nest in the sands and a plover gathering bits of broken shells and tucking itself amidst the velvety blanket of the dunes. “The Nature Conservancy on Block Island,” which is the second piece in this collection was once again inspired by a personal tour by the Conservancy’s dedicated staff, focuses on the vital efforts of people such as Captain John Rob Lewis organizing islanders to protect the island’s natural habitats.